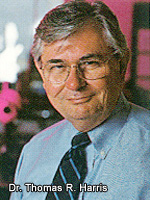 The focus of this podcast is the work of Dr. Harris and his colleagues on the development of learning science and learning technology for bioengineering. Dr. Harris is the Director of the National Science Foundation (NSF) Engineering Research Center in Bioengineering Educational Technologies. The Center is a large, multi-university effort involving Vanderbilt, Northwestern University, the University of Texas and the Harvard/MIT Health Sciences and Technology Program. Its purpose has been to develop a new system for bioengineering education.

Dr. Harris is also widely recognized for his research into the problems of lung circulation with an emphasis on transport phenomena, quantitative physiology, mathematical modeling and instrumentation, Dr. Harris has published more than 230 papers, book chapters, proceedings and abstracts in these fields. His research has been concentrated on the quantitative physiology of the exchange of fluids and solutes in the capillaries of the lung. 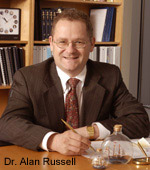 As a pioneer of and expert in regenerative medicine, Dr. Russell is well qualified to comment on the status and future of this fascinating and rapidly emerging field . In this podcast, Dr. Russell addresses:

For more information about the McGowan Institute for Regenerative Medicine, visit: 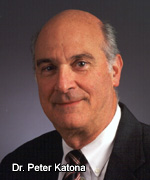 Fifty years ago, Uncas Whitaker – the founder of the Harrisburg, PA-based electrical connector company AMP — foresaw what engineers could do for medicine and human health. In 1975, he established a nonprofit foundation to help advance medical science and heal the sick and injured.

Until its planned closing in summer 2006, the Whitaker Foundation contributed more than $700 million to various universities and medical schools, primarily to support biomedical engineering education and research. The foundation helped to create 30 biomedical engineering programs and helped finance the construction of 13 university buildings, many of them subsequently bearing the name Whitaker in some form.

For more information about the McGowan Institute for Regenerative Medicine, visit: